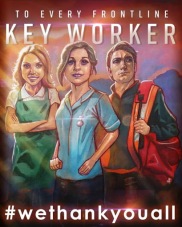 This collaborative film project began its life in January 2015 with the idea that we would like to make a science fiction film.

The ‘we’ in this instance is a talented drama group, consisting of folk with learning difficulties, who live at Otterhayes in East Devon. We had experimented with making a film previously – a ‘soap’ called The Otter Inn which took six years to accomplish and was finished in 2014. This amateur film was generally well received but with the caveat that the technical quality could be improved upon.

With characteristic enthusiasm this group of actors were keen to do more film work and when we  talked about what we might like to do, I discovered that Michael in the group was a sci-fi fan – specifically Star Trek. This gave us something to work on and so during 2015 we gradually began exploring story-lines and making some futuristic props together. In the same way that The Otter Inn was a film about a pub owned and run by people with learning difficulties so the basic idea of our group piloting an interstellar star ship began to take shape. It was all a bit left-field but was also great fun and so we continued. Of course, we had to think of a name for our spacecraft and from a number of options the group chose Silverhawk.

As the group facilitator I took to fundraising over 2016 so we can make a more professional looking film than our previous efforts. This was some time back! We have been working in collaboration with an increasing cast of peopleover 2017 in order to create all the things we need. By the end of the year we had our first set, the main deck of the spacecraft more or less finished and so during March 2018 we began some preliminary filming of a trailer. We still have a long road ahead but we have begun!

Please read on – We hope you enjoy learning about our project!